Tulsa Sister Cities held a bell ringing ceremony to celebrate 75 years of peace with Japan after the bombings of WWII. See the article written by KJRH Channel 2, the Tulsa NBC affiliate television station, or see the article below. 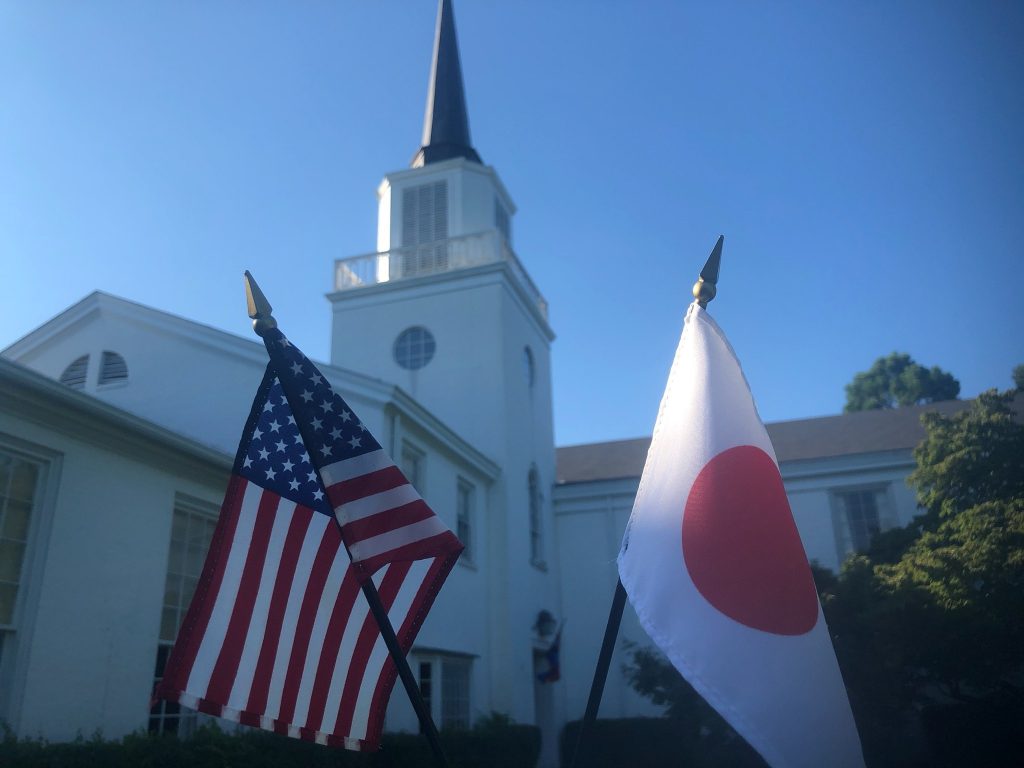 United States and Japanese Flag at the All Souls Unitarian Church

TULSA, Okla. — Bells will be ringing Saturday night to commemorate the 75th anniversary of the atomic bombings in Japan and remember the lives lost.

It’s part of the U.S.-Japan Sister Cities Bell Ringing Project across the U.S.

The Tulsa Global Alliance is participating by collaborating with churches in town to ring the bells at 9:02 p.m. on Saturday, August 8. That is the date and time when the U.S. dropped an atomic bomb on Nagasaki, Japan in 1945.

The purpose of the church bell-ringing is to mark 75 years of peace since the attack between the two countries.

All Souls Unitarian, Boston Avenue Methodist Church and First Presbyterian will be participating on Saturday.

The first bell-ringing ceremonies were held on Wednesday, August 6, when the first atomic bomb was dropped on Hiroshima, Japan.